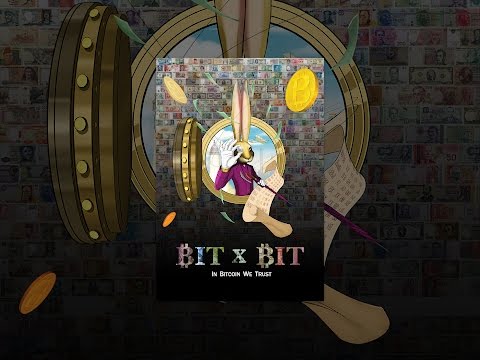 News roundup for the previous week.
In International news
In Domestic news
In SciTech news
In Economic news
In Military news
Other Notables

Thank you, Greg Maxwell, for sticking up for us. This awesome reply to Mike Hearn shows it.

It was well .... understood that the users of Bitcoin would wish to protect its decenteralization by limiting the size of the chain to keep it verifyable on small devices.


No it wasn't. That is something you invented yourself much later. "Small devices" isn't even defined anywhere, so there can't have been any such understanding.
The actual understanding was the opposite. Satoshi's words: [...] Then he went on to talk about Moore's law and streaming HD videos and the like. At no point did he ever talk about limiting the system for "small devices".
I have been both working on and using Bitcoin for longer than you have been around, Gregory. Please don't attempt to bullshit me about what the plan was. And stop obscuring what this is about. It's not some personality cult - the reason I keep beating you over the head with Satoshi's words is because it's that founding vision of the project that brought everyone together, and gave us all a shared goal.


Mike, my first use of Bitcoin was in 2009. I wasn't vigorously active in the Bitcoin community until the beginning of 2011, indeed. But this is just a couple months after you (E.g. first code available for BitcoinJ was March 2011-- if you go by forums.bitcoin.org account times my account was created May 5th 2011 vs yours Dec 14th 2010; less than five months after yours). I was also working with related systems long before (E.g. RPOW in 2004). So give me a break, there is no rank to pull here.
Yet again you've managed to call me a bullshitter and guilty of "invention" when in fact I'm actually quoting the system's creator (although without the explicit fallacious argument from authority style you seem prefer). For someone who seems to base all his arguments on interpretations of someone's words you sure seem to call their words lies awfully often:
"Piling every proof-of-work quorum system in the world into one dataset doesn't scale." [...] "Bitcoin users might get increasingly tyrannical about limiting the size of the chain so it's easy for lots of users and small devices." ---- https://bitcointalk.org/index.php?topic=1790.msg28917#msg28917
If you'll note,, the post was Dec 10th 2010 and, presumably, made with an improved understanding of the implications of the system then comments made in 2008 before the system was even operational.
(The same message also mentions that smart contracts can be used to create trustless trade with off-chain systems; As well, later in that thread: "it will be much easier if you can freely use all the space you need without worrying about paying fees for expensive space in Bitcoin's chain.")
I haven't bothered arguing from old posts in the past because I find the practice of argument from authority on this subject abhorrent. It undermines the unique value of Bitcoin to argue based on a single personal opinion, to do so is to miss the point of Bitcoin in a deep and fundamental way. And in my opinion what you're doing is actually much worse: arguing from distortions of random quotations. But it's hard to tolerate the continue revision of history from you in silence.
Moreover, I find those arguments with respect Moore's law especially unconvincing because while I cannot read the mind of people who are not a part of this discussion and haven't chosen to comment, I've used the same argument myself and I know what I was thinking when I used it (and can establish as much, since I'm more verbose I elaborated on it): When someone pointed at Bitcoins global broadcast medium and loudly said that it cannot work because its absurd; and it's very easy to point out broad scaling behavior about what Bitcoin could achieve with complete centralization. Once this has been accepted the argument is over in Bitcoin's favor: Bitcoin's competition has highly centralized administration and so once someone has accepted Bitcoin can (in some way) accommodate the worlds transactions, even if that comes at the cost of 99% of the decentralization, it's clear that Bitcoin offers something interesting. (And for example, I elaborated on this in a Wiki edit in Aug 2011, https://en.bitcoin.it/w/index.php?title=Scalability&action=historysubmit&diff=14273&oldid=14112 -- though I shouldn't need to point this out to you, since it was you who subsequently erased these words from the page.)


Since when have we "campaigned" to "ignore problems" in the mining ecosystem? [...] Gregory, you are getting really crazy now. Stop it. The trend towards mining centralisation is not the fault of Gavin or myself, or anyone else.


For example, you fought vigorously to get Bitcoin Core off Bitcoin.org, which would ensure that users were not previously equipped with a node suitable for operating mining (which then contributed substantially to the poor usability of solutions like P2Pool; with 98% of it's install time spent waiting for Bitcoin Core to sync).
You've (in my view) aggressively advocated increasing the resource utilization of Bitcoin-- increasing the cost to participate in mining without delegation, with no consideration (or at least disclosure) of the ramifications on the system overall: https://bitcointalk.org/index.php?topic=149668.0
Gavin, for example, has advocated removing mining support from Bitcoin core on several occasions; and constantly professes ignorance on anything mining. His own interests are up to him, but to not be concerned about a central part of the system for anyone working on changing it at such a deep level is-- I think-- a bit problematic.
But I didn't intend to lay blame here, if anything I blame myself for not being more proactive in arguing against things things in the past.
The trend towards mining centralization is a result of various forces, many of which are modulated by the very things we're discussing here (or could be modulated by things we haven't discussed). You're the principle advocate of increasing the cost of a decentralized ecosystem around verification and driving the system towards a state where it is only viable in a more centralized mode. Bitcoin is an artificial construction, not a force of nature, and when someone seeks to change it they ought to take responsibility for what happens--- it's not acceptable to say "oh well, it's not eh fault of anyone" when the incentives drive it in a bad direction.
Is that your strategy on the systems resource consumption in general? Full throttle, no action when it goes off the rails, when the easily foreseeable negative outcomes happen it won't be the "fault" of anyone? If so, I don't think that is acceptable. We need to face the areas in which the system is failing, now and in the future... and not just pump for growth at all cost and shrug and say "oh well, we tried" when the predictable failure happens. It's far from clear to me that the world will get a second shot at this in the next several decades if Bitcoin lapses into the same-old, same-old.


And SPV is exactly what was always intended to be used. It's not something I "fixated" on, it's right there in the white paper. Satoshi even encouraged me to keep working on bitcoinj before he left!


The fixation comment was a specific reply to your long list of the "only reasons" to run a full node, which seemed to be basically said that the only reason to run one was to act as a server for SPV clients; as it listed several points on that-- all three of the numbered points were "serving SPV wallets"-- and buried the rest. I'm sorry if I read too much into it, though it's also consistent with your prior responses that the non-scalability of Bitcoin as a whole is irrelevant due to SPV.
I don't think there is anything fundamentally bad with SPV, it is what it is; it's a tool and an important one. But at the moment it is far more limited than you give it credit for both because it is only secure under certain assumptions which have been provably violated not just at risk of violation, and because the more complete vision of it (e.g. with fraud proofs) has never been implemented.


Look, it's clear you have decided that the way Bitcoin was meant to evolve isn't to your personal liking. That's fine. Go make an alt coin where your founding documents state that it's intended to always run on a 2015 Raspberry Pi, or whatever it is you mean by "small device". Remove SPV capability from the protocol so everyone has to fully validate. Make sure that's the understanding that everyone has from day one about what your alt coin is for. Then when someone says, gee, it'd be nice if we had some more capacity, you or someone else can go point at the announcement emails and say "no, GregCoin is meant to always be verifiable on small devices, that's our social contract and it's written into the consensus rules for that reason".


Now that I've established the "small device" text you're railing on here actually came from the system's creator prior to your involvement, can I expect an admission that your own "personal liking" doesn't have special authority over the system? But I hope you don't create an altcoin: I think it's possible to find ways to accommodate people with very different preferences under one tent, and if we are to build and support a worldwide system we must find those ways rather than fragmenting the marketplace.

Google "bitcoin mining calculator", input your hashrate, and it will tell you how much you can earn right now, on average. Note that the difficulty will change in the future so your earnings will not stay the same. Also note that with most pools actual earnings vary with luck. Finally, avoid the typical newbie mistake of confusing TH/s and GH/s. 1 TH/s = 1000 GH/s. Revival/rebase of #11085 Adds a new command sethdseed which allows you to either set or generate a new HD seed to be used. A new keypool can be generated or the original one kept and new keys added... Moore’s Law works. Storage: 100MB block, always full, is 5TB /yr. 5 TB HD costs <1 BTC. If you were actually filling 100MB blocks every 10 min, a 5 TB HD would be way less than 1 BTC. CPU, RAM: Have you tried v0.10? So fast!! v0.11, pruning? Blockchain down to 1GB!!! Larger Blocks - Big O n2 is not that bad! it’s polynomial! If it were 2n, then it wouldn’t scale While the total network c Bitcoin days destroyed (BDD) was first introduced as a concept in 2011, two years after the creation of the bitcoin cryptocurrency. People were already beginning to develop blockchain metrics to ... ASIC mining rapidly improved until running headlong into Moore’s Law (1 ASIC today = ~212 ASICs first-gen) A comment from Reddit on different hardware types Size of the network today. It is important to note that the absolute rate at which bitcoin is paid out globally does not change based on the number of miners. It is actually determined by a fixed supply schedule. In the early days it was ...

Thanks for watching! For donations: Bitcoin - 1CpGMM8Ag8gNYL3FffusVqEBUvHyYenTP8 Credit: Chris Cannucciari http://www.admycoin.com Check out our website for ICO info. Check Top 100 Richest Bitcoin Address: https://steemit.com/bitcoin/@adv... For more information: https://www.bitcoinmining.com and https://www.weusecoins.com What is Bitcoin Mining? Have you ever wondered how Bitcoin is generated? T... Bitcoin represents the first working example of Triple Entry Accounting and with it comes the increase in economic activity starting with decentralized currency as part of a new value exchange ... The virtual goldrush to mine Bitcoin and other cryptocurrencies leads us to Central Washington state where a Bitcoin mine generates roughly $70,000 a day min...